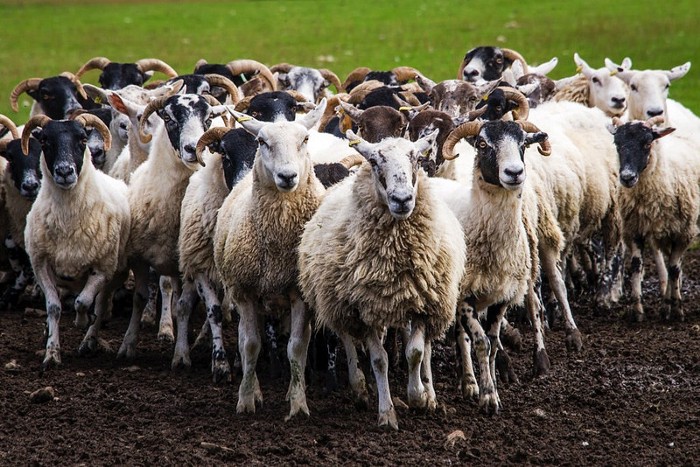 Lots of people both expert and pseudo-expert have questioned the UK Government’s strategy in dealing with the Covid-19 pandemic. Many have suggested massive incompetence of the Executive which announced it was alternately following then ignoring then selecting then directing ‘The Science’ and since science logically is based only on facts and is essentially unchangeable then this seemed an impossible task.

Some have sympathised with Johnson’s position, having successfully cut us off from all our European trading and support partners at the beginning of 2020 he would have expected a relaxed discussion over the detail of the Withdrawal Agreement in the twelve months until the tarmac had set on the Kent lorry parks. However this was not to be as the inscrutable orientals had other plans.

His chief adviser, the equally inscrutable Dom Cummings, realised the potential of Covid-19 early on. By February he had spotted the opportunity to rid his fiefdom of all its unproductive elements in one go. Supported by rogue elements of SAGE – the ‘Scientists‘ he embarked on promoting a plan of something called ‘herd immunity’, dripping the poisonous idea into the blond buffoon’s ear. It seemed ideal, let the virus pass through the population and create a permanent immunity in record time making him, via his blond puppet, the Superman of Capitalism. This would get rid of swathes of the old, the poor and the infirm, a permanent drain on the public purse. It had worked with measles, smallpox and chicken pox. Simples!

The only snag was that these examples were generally non-lethal and most had a vaccine to protect those most vulnerable. When the world at large pointed this out, the strategy of ‘herd immunity’ was quickly dumped, never to be spoken of again. Or was it? Let’s look more closely.

The general strategy adopted by the rest of the world except Sweden was to restrict contact through lockdown, test for infection and trace those potentially infected, isolating, testing again and reducing the numbers of infected as fast as possible. New Zealand, with a land area of 268,000 square kilometres similar to that of the UK, but with a tenth of the population, was hugely successful by immediately closing borders and locking down its population with a ‘zero-Covid19’ strategy.

And it worked. Twenty five deaths overall, comparable to the Isle of Man which had 24 deaths over the same period. Extrapolate upwards to account for the difference in population and the comparable death rate would be 300 while the UK boasts a ‘world beating’ 42,000 using the most sympathetic measuring protocol or 65,000 excess deaths if measured by the Office of National Statistics. So why do we seem to be doing so badly?

The Government did all this and more under the guise of ‘following the science’ while conveniently ignoring the science if it conflicted with more mercenary considerations. Whatever we may believe, some facts are indisputable. The UK has an unenviable record in comparison with the rest of the world both in the number of cases and the appalling level of additional deaths. A considerable number of Tory donors, friends and hangers-on will have made a considerable amount of money after this pandemic dies away. The effect of the Government’s actions combined with the disastrous negotiations of a ruinous exit from the European Union will be with us for a generation.

There is an old Chinese curse – “May you live in interesting times”. It’s impossible not to imagine that these are ‘interesting times’ brought on in part by a virus which originates in the Chinese city of Wuhan. Which sci fi author could have imagined it?

Thanks to all the friends and other social media addicts sharing the pictures of their wonderful country walks in the sunshine this week. As a doubly vulnerable person it’s unwise for me go out at all so I’ve been self-quarantined at home for the last 25 days and a further week before that in Spain. These pictures of sunny fields and dogs playing in the park bring me some real joy, tinged with anger at the unrecognised danger you may unwittingly be creating.

I know the Government has issued ‘advice’ to only go out for essentials and, for some reason this has wrongly been taken to include an hour of exercise but to treat this ‘advice’ as an inalienable right to go wandering far and wide isn’t clever and it isn’t safe. You can exercise effectively in your living room. Taking it outdoors is pure selfishness. The actual Government advice from it’s website is:

Enjoy your walk today. Just thought that I would let you know that the person opening the farm gate ten yards in front of you has just come back from Northern Italy. He has no symptoms but is carrying a massive virus load picked up accidentally at the airport, much of which he has left on the gatepost. Congratulations, you are now infected. Take a seat and wait, hopefully, for a test.

Later today the farmer will be coming to shut the gate which was left open by someone else. The farmer won’t die but his lungs will be so compromised that he will never work again and his daughter will eventually recover too but will have to sell the farm to pay for his care. The nurse who treated him is displaying symptoms so has been isolated from her family. She missed her son’s 21st birthday but there is an outside chance she will celebrate his 22nd.

The person coming after you some twenty yards away with a picnic basket in one hand will be opening the gate with the other and later today giving her elderly Nan a warm hug and a lethal gift of this horrific disease. None of her family will be allowed to attend Nan’s funeral and her granddaughter will not be able to comfort her young toddler hooked up to a massive ventilator. She cries herself to sleep but nobody sees it.

Please think about why you need to go for a walk in the woods or the park today. We kill this virus by not allowing it to breed. Without human help it would be dead in a week.