Les Montils is a community in the centre of the Val de Loire region which is, itself, in the centre of France.   The nearest area of any real interest is Blois, famous for it’s chateaux and for the fact that in 1171, Blois was the site of a blood libel against its Jewish community that led to 31 Jews (by some accounts 40) being burned to death.

Much later Joan of Arc made her base here for the relief of Orleans besieged by the hideously unsaintly English.   Note:  this was long before the amalgamation of the uncivilised Scots or Irish tribes were amalgamated into Great Britain or the United Kingdom (which has never been fully united from any viewpoint since its inception). 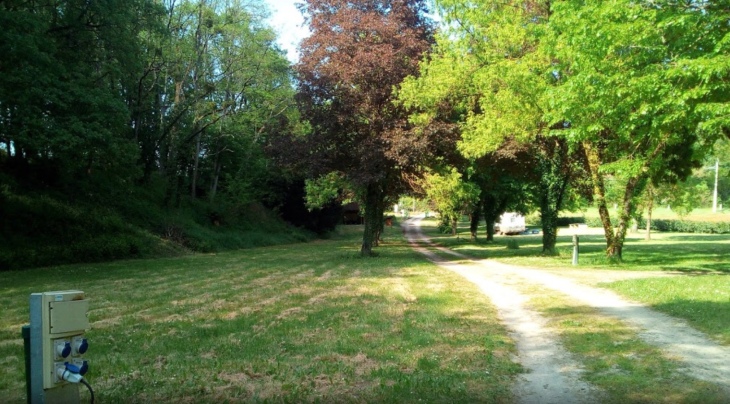 I only mention Les Montils because of an excellent Aire from Camping CarParks there which is a disused camping municipal, with its office and storeroom still intact although the toilet block is now no more than a hole in the ground.   Camping CarParks have recently bought this up, installed a barrier and charging machine and the usual services in what is a lovely piece of open parkland next to the river.   We stayed overnight for a completely peaceful and restful time after the bustle of Paris.

Sad to say we didn’t get round to visiting its Chateau or the town itself due to an urgent need to press on further into the Loire valley.